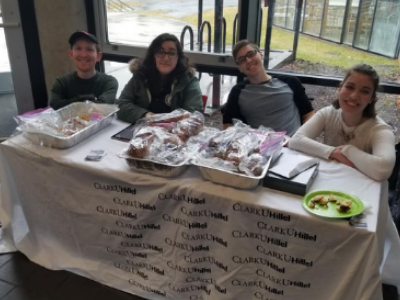 This blogpost was written by Monica Sager, Challah for Hunger at Clark University and Campus Hunger Project Cohort member 2018-2019

The second year of the Campus Hunger Project Cohort has just ended. Cohort members went through a year of learning, discussing, and action taking. Many new projects and initiatives have been implemented on campuses throughout the nation to try and tackle the issue of food insecurity in college.

My food aid plan was one.

I created a five-meal plan for food insecure students at Clark University in Worcester, Massachusetts. The program, which is currently set to have around $10,000 for its first semester, would give students in need five meals a week throughout the year. Other students would also be able to donate their guest swipes or unused swipes to the initiative in hopes of helping more students than just those that are able to be sponsored.

Yes, my initiative is sizable and sounds like a big project. But it took steps.

Here are some ways I made change and you can too.

The issue of food insecurity among college students is on the rise, but it doesn’t seem like many people are talking about it on campuses. A 2018 survey of college students, conducted nationally by Founding Director, Sara Goldrick-Rab, of the Hope Center for College, Community, and Justice organization, found that 36 percent of university students and 42 percent of community college students were food insecure in the 30 days prior to taking the survey. Simply by knowing this and understanding the literature and current news surrounding the food insecurity topic can help you recognize the issue and start to take action.

This step takes a quick google search at minimum and a discussion or email exchange with clubs or heads of departments at maximum. It doesn’t take too much effort to figure out what your school has to offer for students with food insecurity. It should be on the college’s website. My college, unfortunately, did not have much in place. I even created a survey so that we could find out the true number of food insecure students on campus rather than relying on national statistics.

I know, this can sound scary. These are the big people on campus, the ones that control the day-to-day engagements. But they’re not students. You are. You have the inside scoop, the real firsthand perspective of life on campus. They’re just watching from above. This is your advantage. Use it. Talk to these people. They’ll listen, I promise. And I swear this step is not as scary as it sounds. Just voice everything you learned from step one and why it’s so important to your college!

The administrators are just one part of your campus. Don’t forget the members of the student body. They are the ones affected by food insecurity—and if they personally are not I bet you at least one of their friends is. Obviously, this means that the student body is another target audience for the information that you learned in step one. But it’s unrealistic to believe you can go to every single person on campus and explain it to them. So write for your paper! Write an op-ed (or opinion editorial). Op-eds, which are used to express the opinion and a call to action of a writer not usually affiliated with the newspaper or magazine, give you the ability to share your thoughts, call people to action, and make the issue known. You can find out more on how to write one from the New York Times[i], Duke University[ii], and Carleton College.[iii] Reading other people’s also helps!

I did just say that it is impossible for you to talk to every single person on campus, but that doesn’t mean you can’t talk to five, six, or even 15. The more people you discuss what you have learned and what you want to do on campus with, the more support you have. These people may even have ideas on how to implement the project on campus. They could help you also spread the word. Imagine if each person just told one person themselves. The number of people who know about the issue would multiply drastically!

Creating a five-meal plan sounded daunting at first, I’m not going to lie. But I realized it was just a bunch of little steps. I created a resource guide and initiative plan. I talked with the deans, student government, the sustainability chair, and even the president of the university. If they didn’t respond to an email in a few days, I would follow up.

With something as big as food insecurity, you can’t back down. Each step takes you forward a bit more. Each action brings the school a bit closer to overcoming food insecurity. You can make a change. You just have to take that first step. 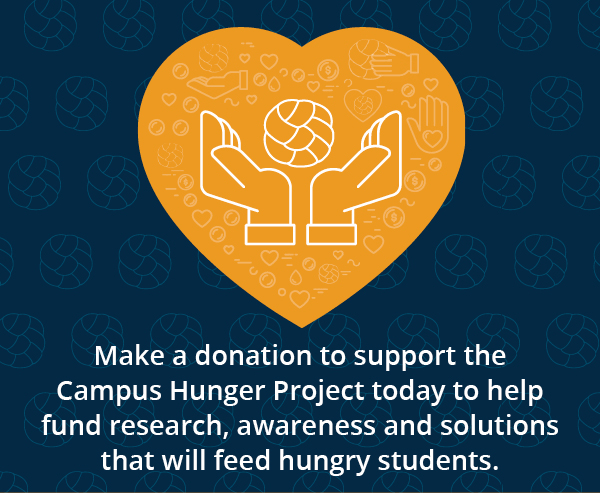