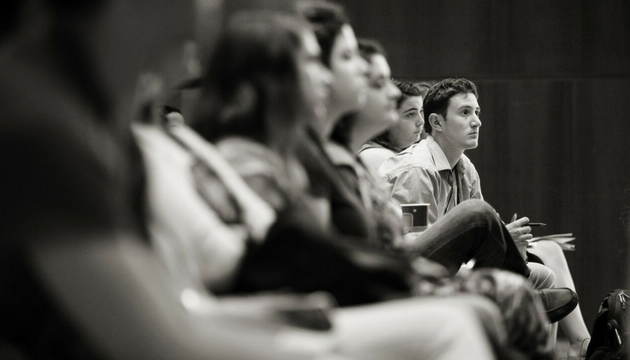 This morning, the Government Accountability Office released its first study on campus food insecurity at U.S. colleges and universities and confirmed that millions of students are at risk of being food insecure—meaning not knowing where their next meal is coming from. Nearly 2 million students are eligible for federal food assistance, or SNAP benefits, but are not receiving them. The report states the single greatest risk factor for food insecurity is having a low income and includes the finding that 39% of all undergraduates come from low income households.

The study, commissioned by U.S. Senators Patty Murray (D-Wash.), Edward J. Markey (D-Mass.), Elizabeth Warren (D-Mass.) and Debbie Stabenow (D-Mich.), was spearheaded at the urging of Challah for Hunger, their partner organization MAZON: A Jewish Response to Hunger, the Hope Center for College, Community, and Justice (directed by Dr. Sara Goldrick-Rab, author of the seminal national study on the issues of college hunger and homelessness), and dozens of other social justice nonprofits, campus administrators, and students. The study supports Dr. Goldrick-Rab’s findings that half of all community college students and 4 out of 10 four-year university students are food insecure.

“The GAO study is an important step in addressing food insecurity because it’s the first time the federal government has acknowledged the pervasiveness of the issue,” said Challah for Hunger CEO Carly Zimmerman. “We started the Campus Hunger Project back in 2016 to support our more than 10,000 student volunteers in educating their peers on campus food insecurity and connecting them with much needed resources.”

Challah for Hunger’s 85 student-led chapters span 29 states and use a combination of advocacy, education, and philanthropy to instigate change. Students bake and sell challah, traditional Jewish bread, and donate half of the proceeds to local anti-hunger organizations and half to MAZON: A Jewish Response to Hunger, who focus on national policy solutions. The Campus Hunger Project, led by a cohort of eleven students on ten college campuses in Massachusetts, Michigan, California, Tennessee, New York, North Carolina, Ohio, and Vermont, came out of the growing need for student voices to be heard on this issue. In addition to advanced advocacy and leadership training, cohort students support their local community with campus-specific campaigns and materials such as resource guides on how to access emergency funds and the locations of food pantries.

The GAO report includes several recommendations for the Food and Nutrition Service regarding the need to improve SNAP student eligibility information and student access to SNAP agencies.

“Challah for Hunger is committed to supporting our student leaders in advocating for change on their campuses to help ensure neither they nor their peers experience lack of food as a barrier to succeeding in their education,” said Zimmerman.

Click here to support of the efforts of Challah for Hunger and the Campus Hunger Project in addressing food insecurity on campus.